There were a few reasons for doing this webinar, but there were two specific reasons in general.  We wanted to show you the Block Ice Shaver again.  This is a remarkable machine, and it has had a few adjustments and improvements, even since our last main video on that shaver.  One is that we have made our clear top with a more durable plastic.

We have also added a speed control to the Block Shaver as well so you can gauge how fast, and how fine you want that shaver to perform.  We put the speed control out of site on purpose.  We did this so that you are able to control the speed of your ice shaver, without your employees having the ability to change that speed without you knowing.  It stays according to your preference.  Another great feature on the Block Ice shaver is that you can easily remove the block for later use.  While this may sound trivial, you would not believe how difficult, and sometimes dangerous, this task can be on other shavers.

The other main reason for doing this webinar is to re-feature the Snowie 3000 Ice Shaver.  For some reason, we have had some calls this year concerning the texture of the snow that the Snowie 3000 produces.  If you do not pay attention to the rest of this entry, at least remember this line right here; If you are not getting the shaved ice that you desire from the Snowie 3000, it is most likely due one or more of the following reasons.  Your ice may be too small and edgy, your ice may be too wet and soggy, or you may be packing your shaved ice way too much.

I personally loaned a shaver to a gentleman in our neighborhood who was doing an event for elementary school kids in our neighborhood before they went back to school.  I dropped off the equipment, got him setup, and then went to get my family.  When I returned, I got a shaved ice with my family, and it was so hard that I could not get a straw through the top.  There were two things that had happened.  He had ice that had sat in a cooler all day and gotten warm.  It was very wet ice.  Then, when he shaved ice, he would pack it very hard to get that perfectly shaped top.  Well, while his tops may have been beautiful, his shaved ice wasn’t because it was like eating ice at that point.

I then took that same shaver and put the same ice in it, only cold this time, shaved it, and just formed the top, I did not pack it.  It was a perfect shaved ice!  All from the same machine, same ice.  Just different temp on the ice and different technique.

We also address the temperature of the ice from the other direction.  When your ice is so cold that it is frosty, you will witness a few symptoms.  These symptoms will be things like, your snow will come out very cold.  If the snow touches your hand, you will notice that it is far colder than normal.  The snow will want to attach itself to the cone topper rather than the shaved ice in the cup, so when you go to pack the top, the snow will stay in the topper.  If you tried to pour flavor on this right now as well, the flavor would want to run off the top.  That snow is so fine and so dry, that it will not even take the syrup.  Lastly, your shaver will seem like it has quit shaving.  It will continuously spin and snow will not come out.  This is due to the snow being so cold that it is adhering to the housing as well, like the snow adhered to the topper in the previous example.

The remedy to this, is to lightly, and I emphasize “lightly.”  Some people will pour half of a water bottle into the top of their shaver.  You do not need to pour that much.  You just need to lightly pour a ring of water around your hopper atop your ice.  Don’t worry about covering all the ice with water, you don’t need to.  Just a little ring and done.

Your snow will come out in wonderful form if you follow these instructions.  We do say that anyone can step up and use our machines without any education, and while this is true, there are other items that people have no experience in, like tempering ice, and lightly forming the top of the shaved ice, etc.

We have a few videos out right now about removing the paddle wheel from your ice shaver.  You should rarely, if ever, have to do this, but we have had the need to educate a few people this year on this subject, so just know that this instruction is in here as well.

This week we host a webinar featuring the Snowie Block Ice Shaver and the Snowie 3000 Cube Ice Shaver. There were a few reasons for doing this webinar, but there […] 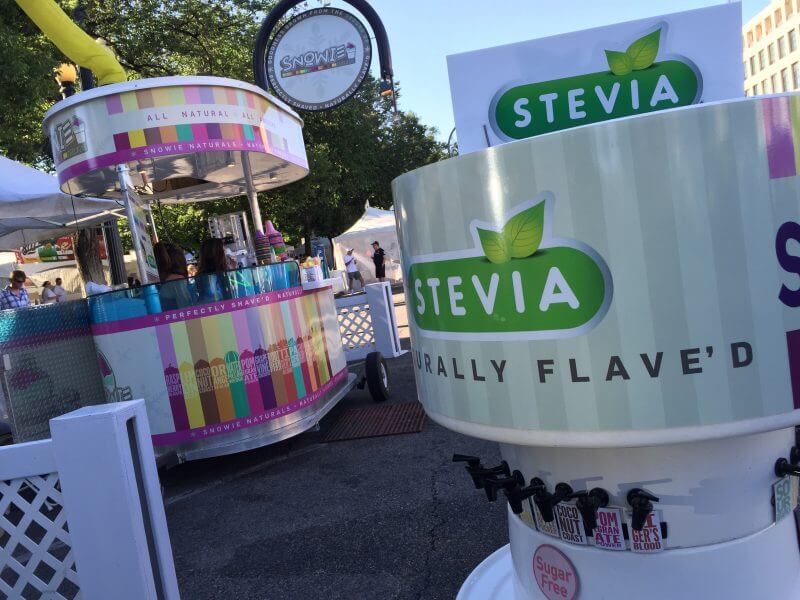 Webinar 33 – Snowie Block Ice Shaver, the Ice, and the Shaved Ice they produce

Snowie Webinar #31 – Your Shaved Ice Business and the Health Department 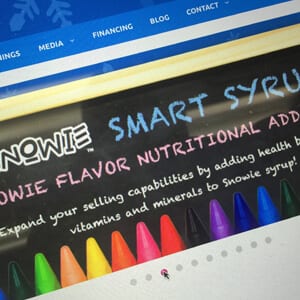 Webinar #30 – Use Snowie.com to help your business

Webinar 29 – The Power and Value of the Snowie Brand 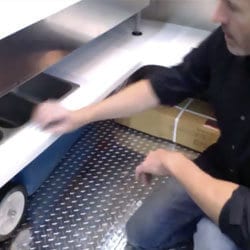 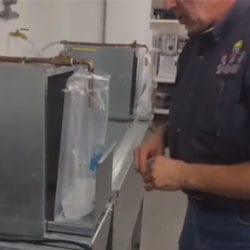 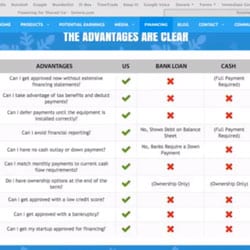 Webinar #22 – Financing your Shaved Ice Business and other Concession Equipment 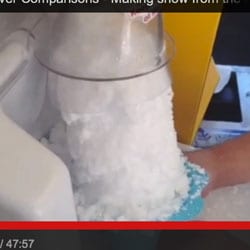 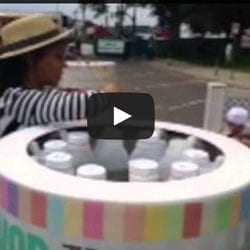 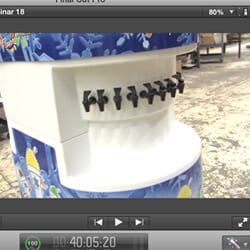 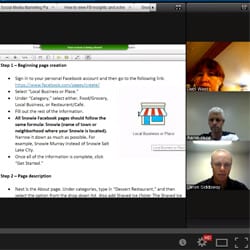 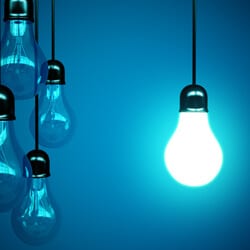 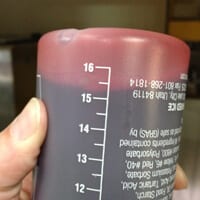 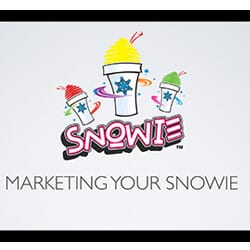 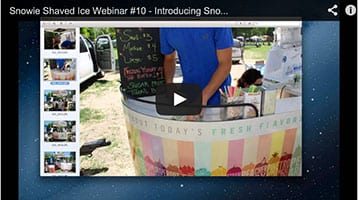 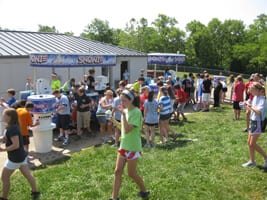 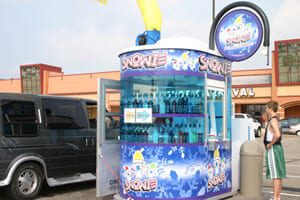 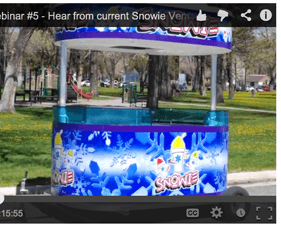 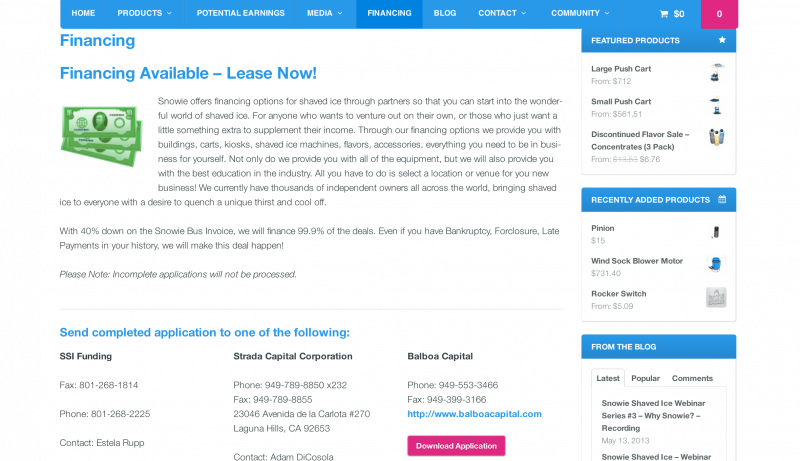 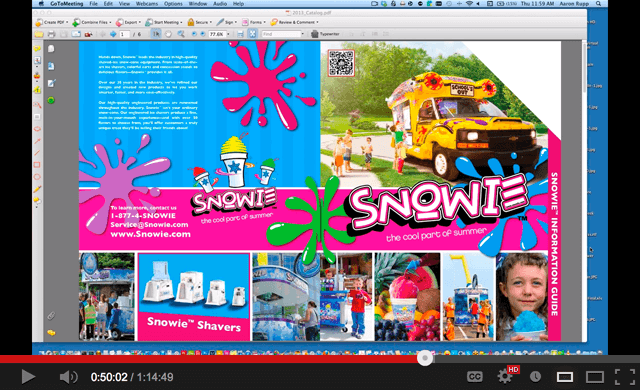 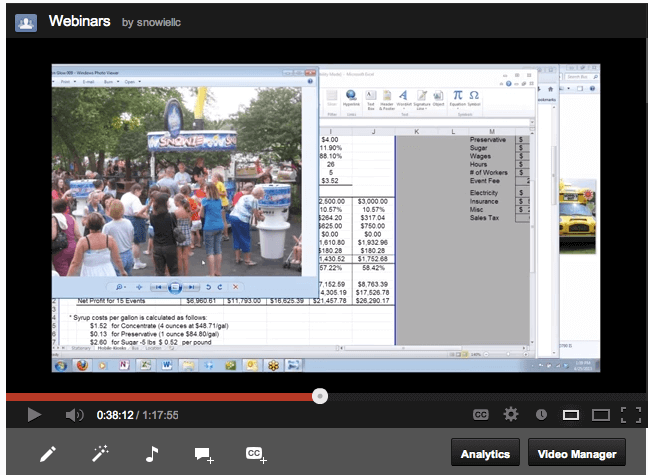