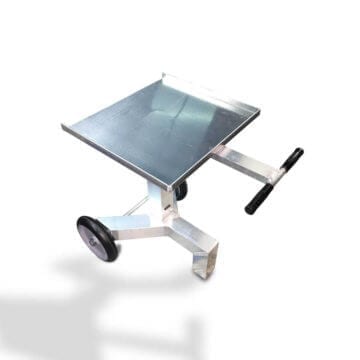 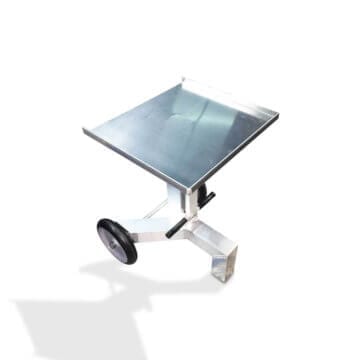 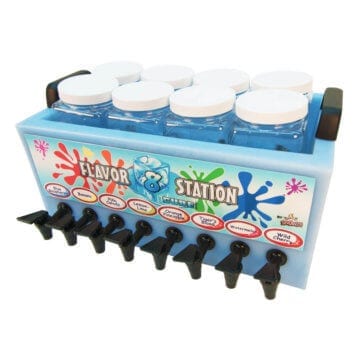 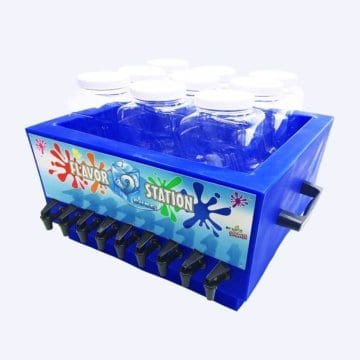 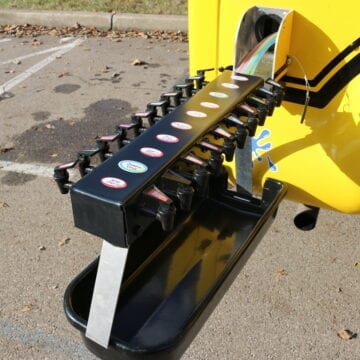 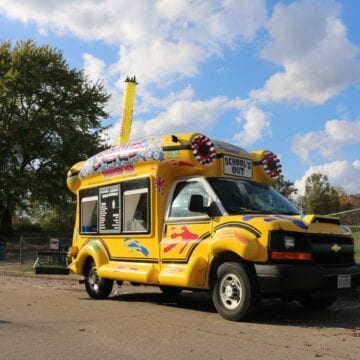 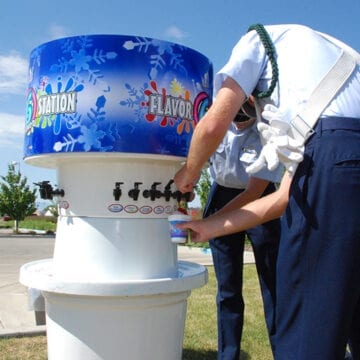 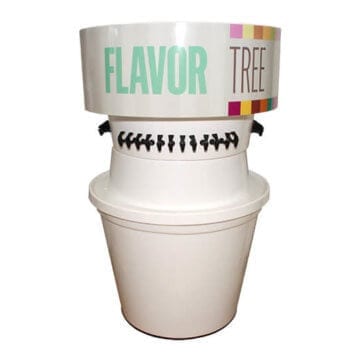 There are many benefits to having a Flavor Station in your arsenal of equipment for your Shaved Ice Business. Some of those benefits I have spoken about or shown video of but I want to make sure that you see them here as well.

We introduced this incredible Self Serve Flavor Station concept to the Shaved Ice industry 16 years ago. Although this idea had already been in play with soda and other industries, it was really a bit of a shocker when we introduced it to the world of shaved ice and sno cones. Although the cost of producing shaved ice is extremely low and yields an incredible markup, people still approach this business with extreme caution in regards to the costs of goods sold, cost of waste, etc.

For those of you who do not know what our Flavor Station is, it is a self serve unit that carries either 6, 10, or 12 shaved ice flavors at a time. However, to take the functionality to the next level, we made it circular in shape and allowed for those flavors to be dispensed on three different sides, simultaneously. So, not only did we pull the line away from the “order” and “pickup” windows, but we now made it feasible to service ten people at the same time, which reduced our time to serve each customer from roughly two minutes to 3-5 seconds.

If waste was your primary concern and you calculated the money that was potentially “wasted” during a period of use, for every 25 of those wasted dollars, we estimate that you really sacrificed $450 in potential sales by not using the flavor station. I even believe that this figure is a bit modest. This flavor station was an absolute game changer. Not only did it allow us to server people more quickly, but it opened venues where shaved ice traditionally took too long to serve. I mean, what is the point of having shaved ice at an NBA basketball arena if it took you two minutes per shaved ice to make. Let’s think that through a bit:

A halftime break in the NBA is 15 minutes. If it takes me two minutes to make a shaved ice because I want to make sure I am pouring on the correct amount of syrup, then I will serve about 7.5 shaved ice during that time. Let’s be generous and say that you could serve one every 30 seconds. This has you selling 30 shaved ice at an average of $4.00 a piece, yielding you $120 in sales for a 15 minute rush crowd.

By using the flavor station, you can now serve 300 shaved ice during that same time, giving you $1200 in sales. Now, is it worth the effort to chase that venue? Absolutely!

Another interesting fact about this scenario, is that you will have far more people who put on too little syrup than those who put on too much, which really, negates the waste argument.

There is one more piece to this that I love and that is the marketing tool that it is for your business as well. Most events will have you lined up where people will walk up and down in front of you deciding what they want to purchase. Most events do not want you to cross that line. However, for some reason, the Flavor Station has been exempt from that rule. They are ok with it, because it is something that services the crowd. Now, you have a piece of equipment that people need to pass around and often they see people gathered around it, this creates curiosity and that is HUGE for your shaved ice business.

Take a look at our various forms of self serve flavor stations and speak with a Snowie Representative Today!