Back on the 4th of July, we found ourselves up in the beautiful area of Park City, Utah.  We were invited by Park City Television to come and present our Business Opportunity on their Mountain Morning Show.  Aaron was interviewed by Chelsea about many of our new products and the opportunity itself.

They discussed the expansion of Snowie Owners throughout the United States and breaking into 40+ additional countries.  Aaron specifically mentions Poland, UK, Israel, Nigeria, and India.
Aaron mentions how Utah, specifically Salt Lake City, has become the Shaved Ice Capitol of the world.  You might normally think Hawaii would have taken that title, but there, “is a lot of Shaved Ice here,” says Aaron.
As they move into the more business side of things, Aaron mentions how kids can start very young by doing a shaved ice stand in their front yards, thus replacing the traditional lemonade stand.  They can then grow into the business and begin doing business for themselves.  80% of Snowie’s customers are parents that purchase a professional stand for their kids and have them manage the business, do the payroll, pay taxes, rent, etc.  Have them figure out how to run the business, which ends up being a life changer for those kids.  They will forever after have the mindset to be in business for themselves.
The Block Shaver that Aaron is featuring today, is the fastest Block Ice Shaver on the market.  Where other shavers shave from roughly four inches of cutting surface, the Snowie Block Ice Shaver shaves from roughly 178 inches of cutting surface at a time.  This changes the profitability of Shaved Ice tremendously.  Where it would traditionally take over a minute to make one shaved ice, the Snowie Block Ice Shaver allows you to make 18 Shaved Ice per minute.
Snowie offers over 80 flavors and then a mixing system that gives people over 100 options when they visit a Snowie Shaved Ice stand.  They continue their conversation into the new Natural Shaved Ice Flavor line at Snowie.  Aaron talks about the things that actually make these flavors natural.  The flavoring and the coloring are all made from natural sources.  Aaron also expands on how Snowie has just introduced an FDA approved Blue coloring into their natural line.  “We have never been able to have a blue one before, so we never had greens and stuff like that before, everything had a pink hue to it.”
Chelsea then asked Aaron what his favorite part about Snowie was.  Aaron replied that putting people into business for themselves was his highlight. Snowie does not charge Franchise Fees nor Royalties, they do not police locations, but they still offer all of the perks that a franchise offers.  Snowie believes that what people make financially should be theres to keep.
Snowie also gears the business around the customer, Aaron says.  Whatever their budget, we can get them in business and on their way.
An average stand that you see in front of a supermarket will produce approximately $30,000 – $50,000 in a summer.  People will then use that money to pay off that equipment, and many will use it to purchase another stand, or three or four.  Then instead of supplementing their income, they have replaced it and do it full time.  As was mentioned before, they will get their kids involved and grow it as a family business.

Back on the 4th of July, we found ourselves up in the beautiful area of Park City, Utah.  We were invited by Park City Television to come and present our […] 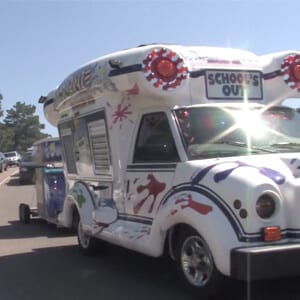 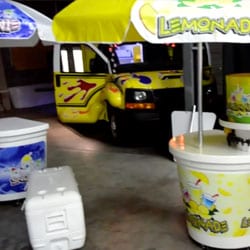 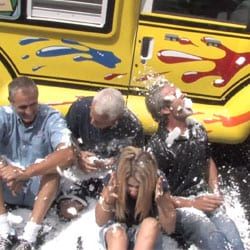 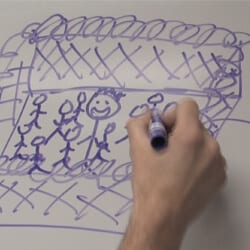 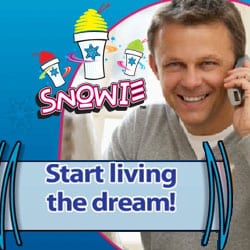 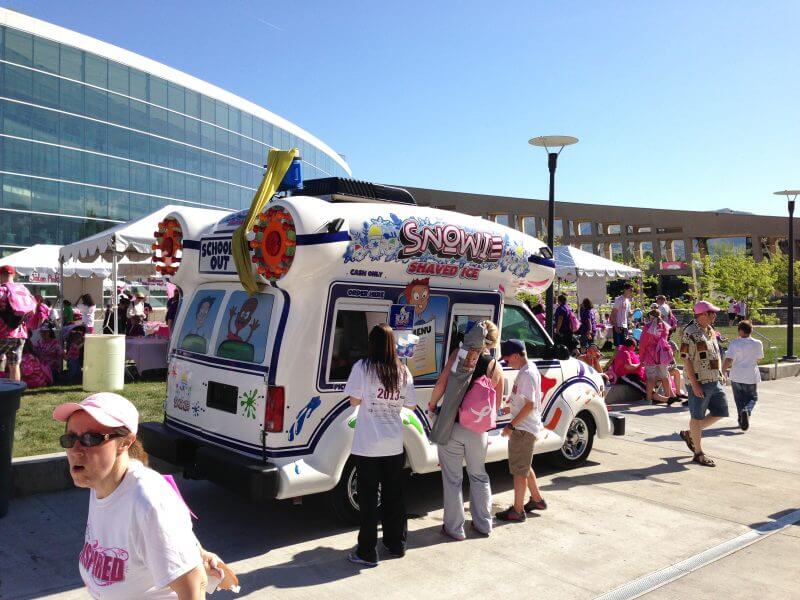 Shaved Ice Made Easy – By Snowie 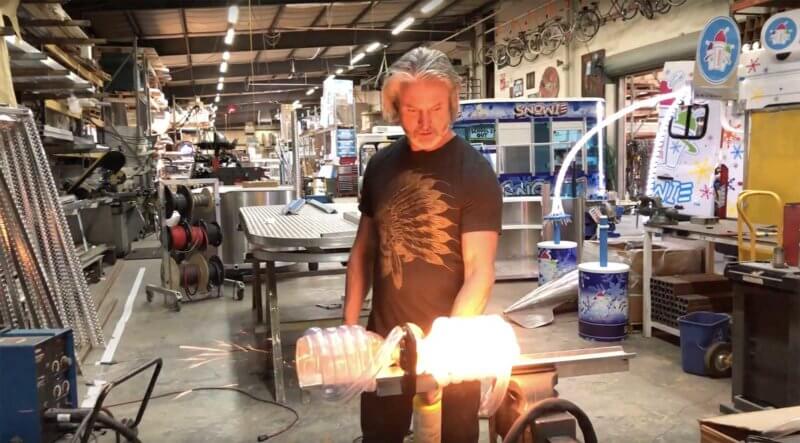 What does this have to do with Shaved Ice? More than you know!