Snowie was the first Shaved Ice company to create a Flavor Station or anything that would let the public pour their own Shaved Ice Flavors or Syrups. Now you, of course, see people filling their own drinks at convenience stores, restaurants, etc. But you never saw this happen with Shaved Ice until Snowie created the Flavor Station.

Interestingly enough, when we launched the product for the first time, we were blown away because people were hesitant to let people pour their own syrup. The fear was that they would use too much, thus making the shaved ice more expense for the vendor to produce. Let me quickly dispel this thinking. The extra syrup one can put on a shaved ice is extremely minimal compared to the amount of customers you are turning away, simply due to speed.

For example, before I used the flavor station, I was doing Shaved Ice at a local Baseball Stadium, now called Spring Mobile Ballpark where the Salt Lake Bees play. They would do firework nights on the 4th of July and we would have three to five stands going as fast as we could. The Ice Shavers were never a bottleneck. The problem, for us, was that people were always waiting for us to flavor their shaved ice. At the end of the night, we would always end around $2000 in sales.

The following year, I brought in our Flavor Stations for the first time and employed half the people because we did not need a person to pour. All we needed was an employee to take money as fast as he could and another to shave ice.

At the end of the night, we worked equally hard and equally fast, only we walked from the same event with $9000 instead of $2000. At this point I would not have cared if kids were coming up and drinking the syrup. I was leaving the same event, same crowd, same temperature, same environment, same everything, with a 350% increase in sales.

According to Lyle, even my experience is modest. I am trying to get those exact numbers at the moment, but if I remember correctly his calculations were something like, for every $25 you may lost in excess flavor, you have turned away $400 in Sales.

In this video, I wanted to highlite a few things. One is how many people approach the flavor station and there is never an employee there. The only thing we do is clean, and refill if necessary. You will see Bronco in a couple clips placing a 5 gallon jug on top to refill the jugs inside. It is very easy and it does not even disrupt your customers who are currently filling their delicious shaved ice.

I personally will never run an event without the Flavor Station again. It has been one of the very best additions to our business.

Snowie was the first Shaved Ice company to create a Flavor Station or anything that would let the public pour their own Shaved Ice Flavors or Syrups. Now you, of […]

How to make your sugar water for your shaved ice business. Using our new 30 gallon mixer. 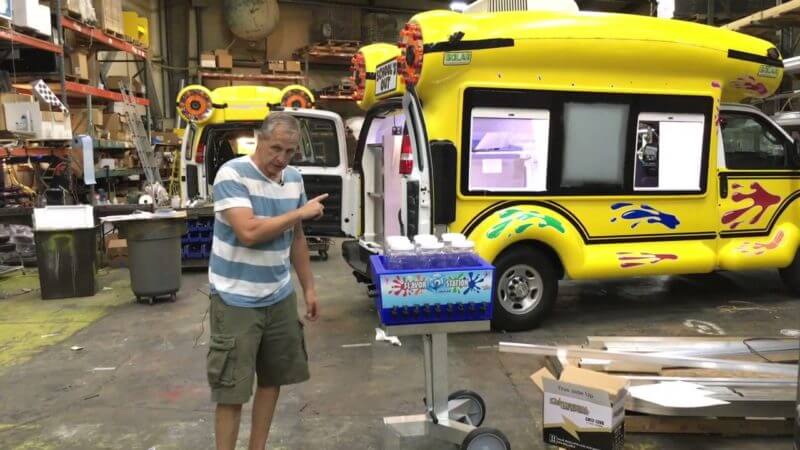 The New Snowie Caddy with the Cube 9, Drop Down, and Saucer Flavor Stations 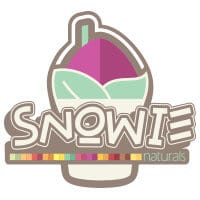 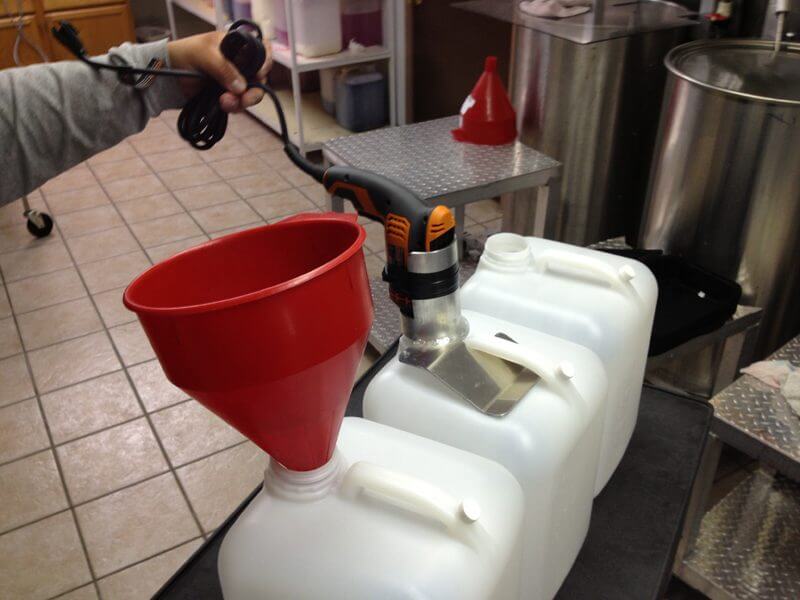 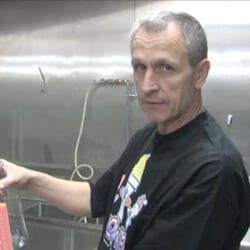 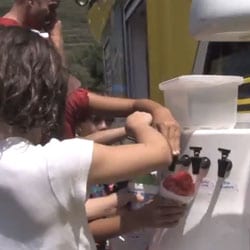